This is a so-called disposable camera, it's a standard model with flash, sometimes still available. This one was offered by the Renault company to its clients, to use in case of an accident. It's a simple plastic focus free camera plus a set of useful accessories. It had originally thin blue cardboard around its black housing with le logo of the Renault company. After taking all the pictures, the whole camera goes to the processing lab, they crack it open and the body is disposed. That's why the film is prespooled, film advance winds it back into the cartridge. At the end of the page you will find some hints how to open the camera and how to reload. The camera is very small and light.

Its main features are:

Some photos of the camera: 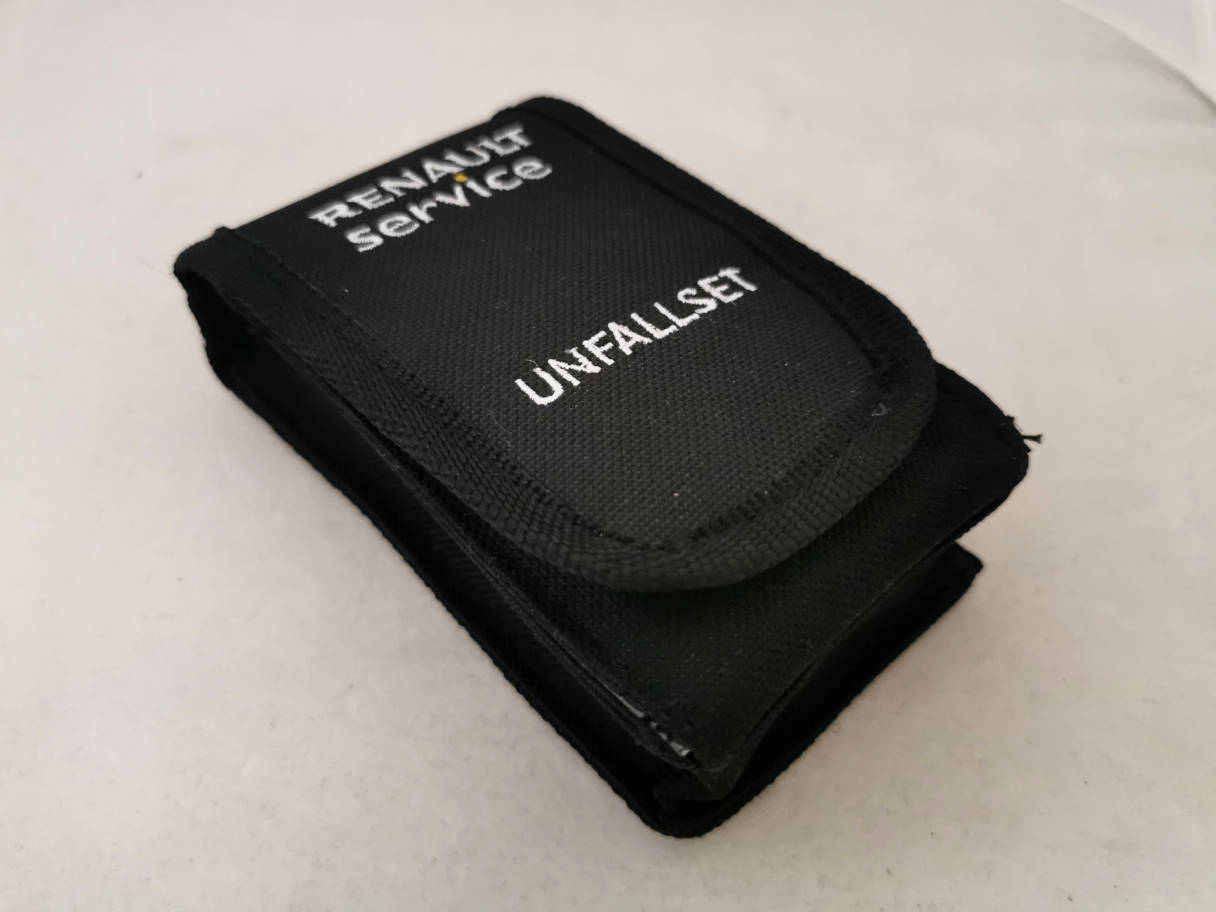 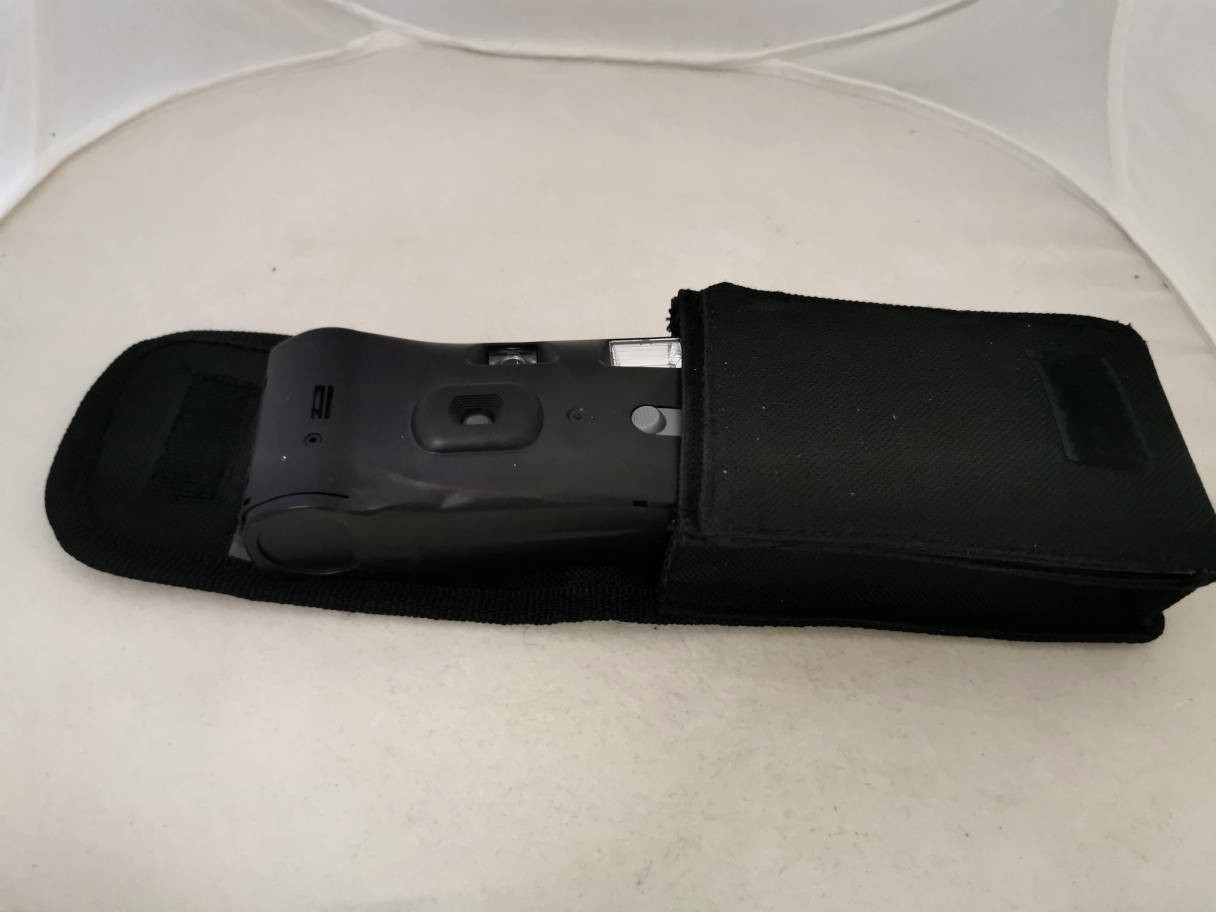 As said above, the camera had originally thin blue cardboard around its black housing with le logo of the Renault company. 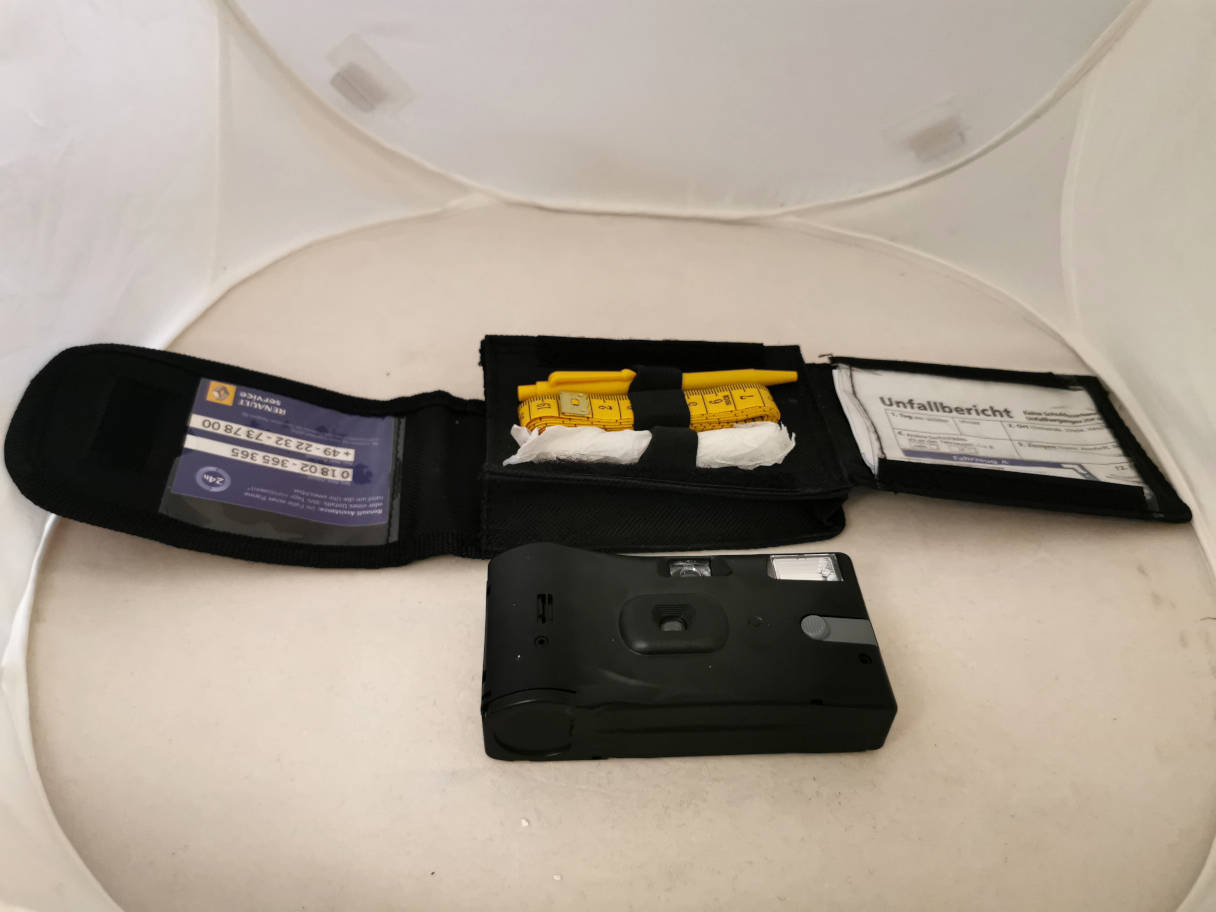 A set of useful accessories: a piece of chalk to mark things on the tarmac, a pen, a tape measure in cm and inches, Renault emergency numbers and an accedent report form. 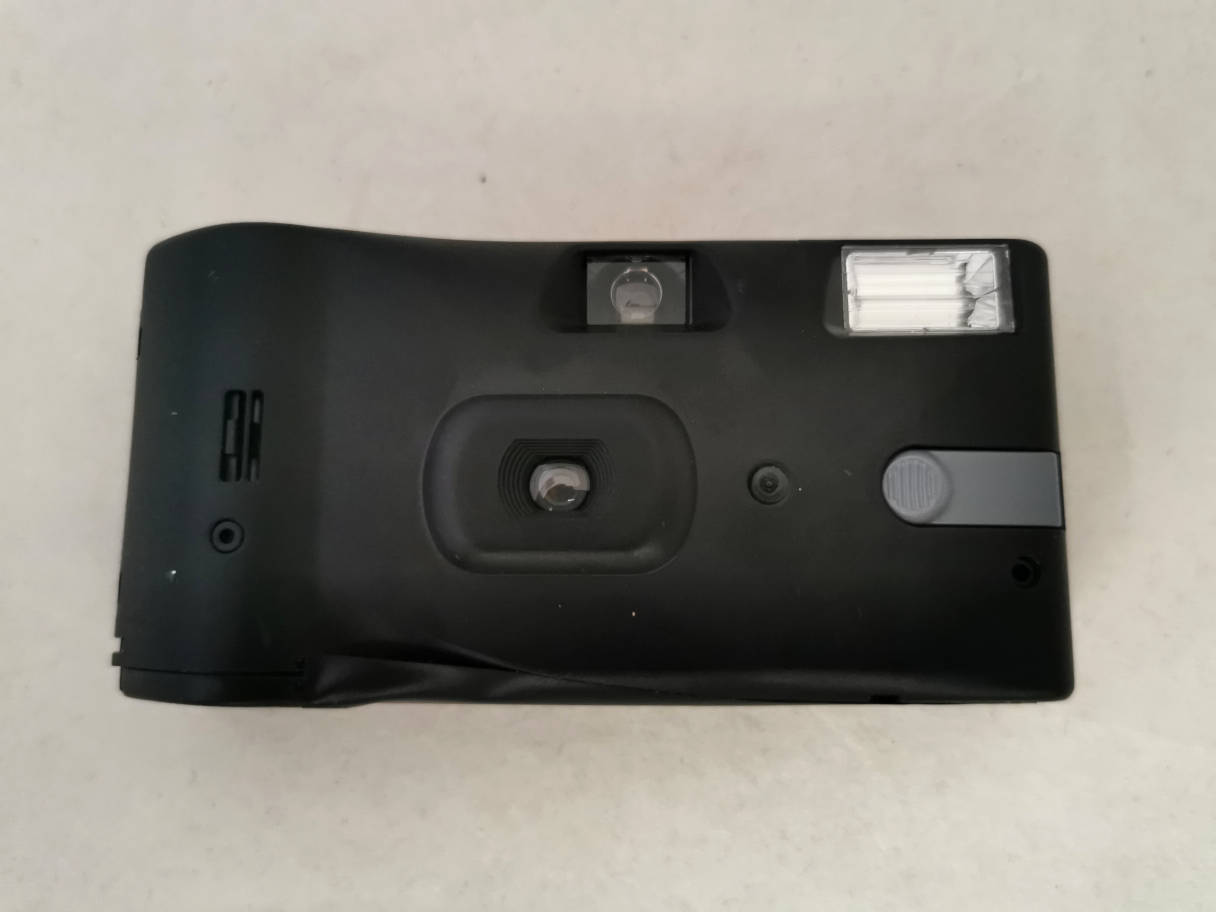 Camera front, a flash model. If you want to use flash, you have to move the slider out. 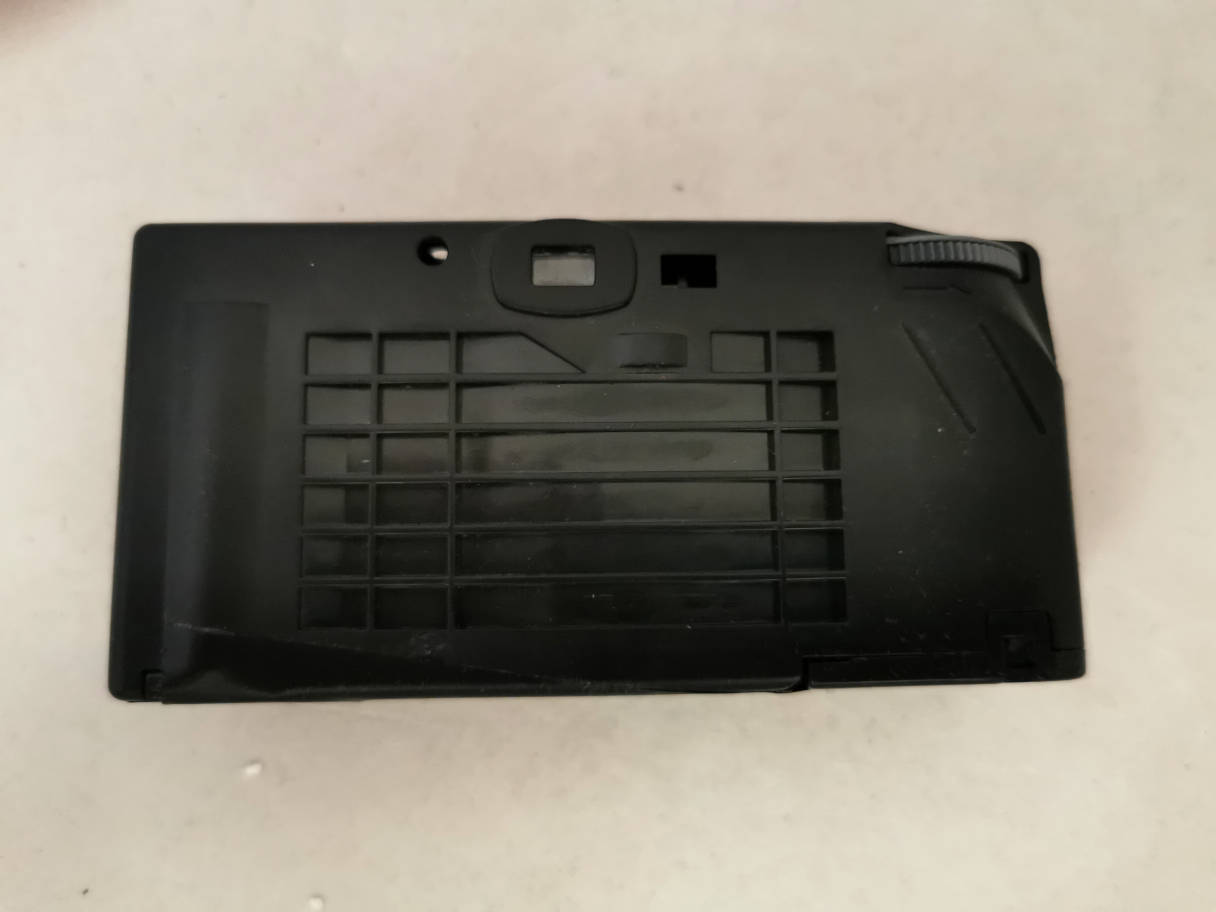 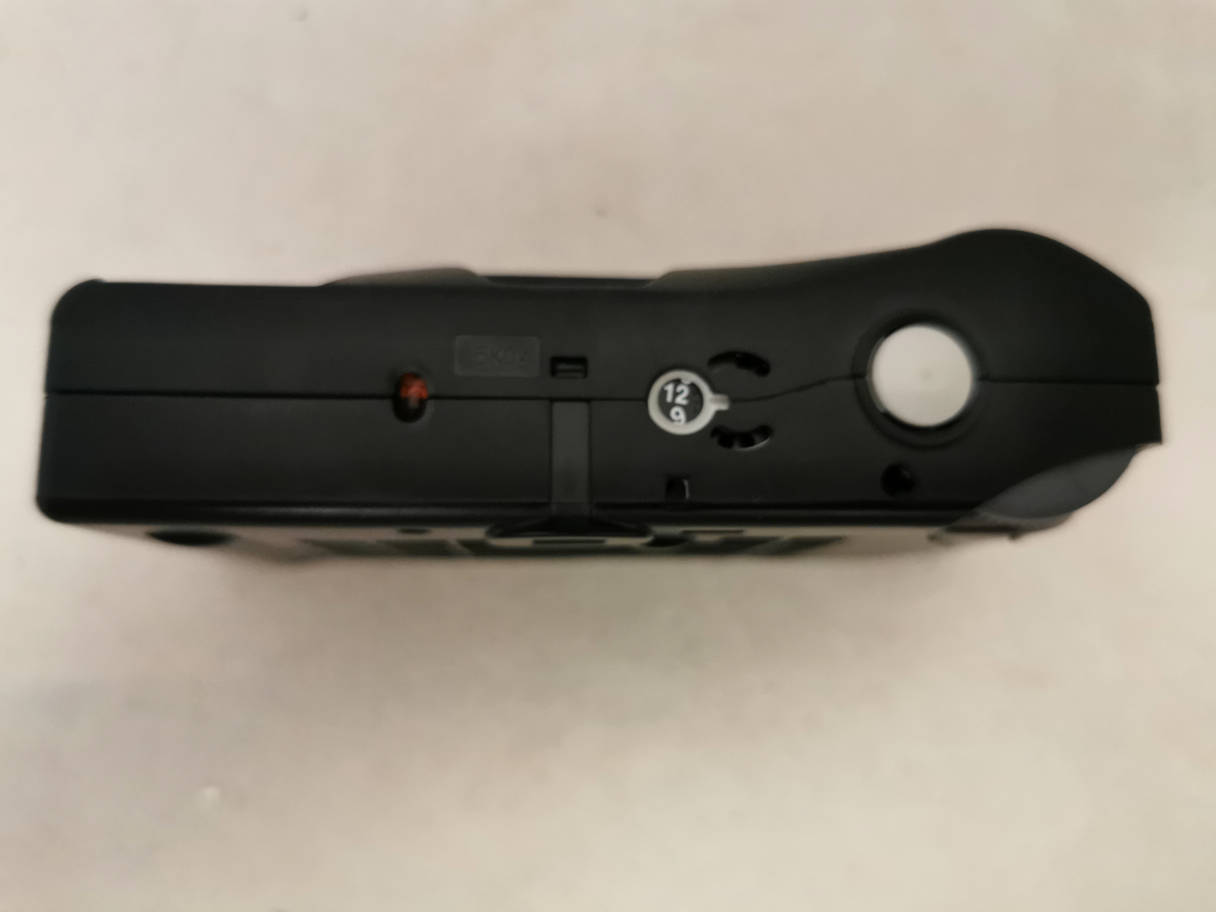 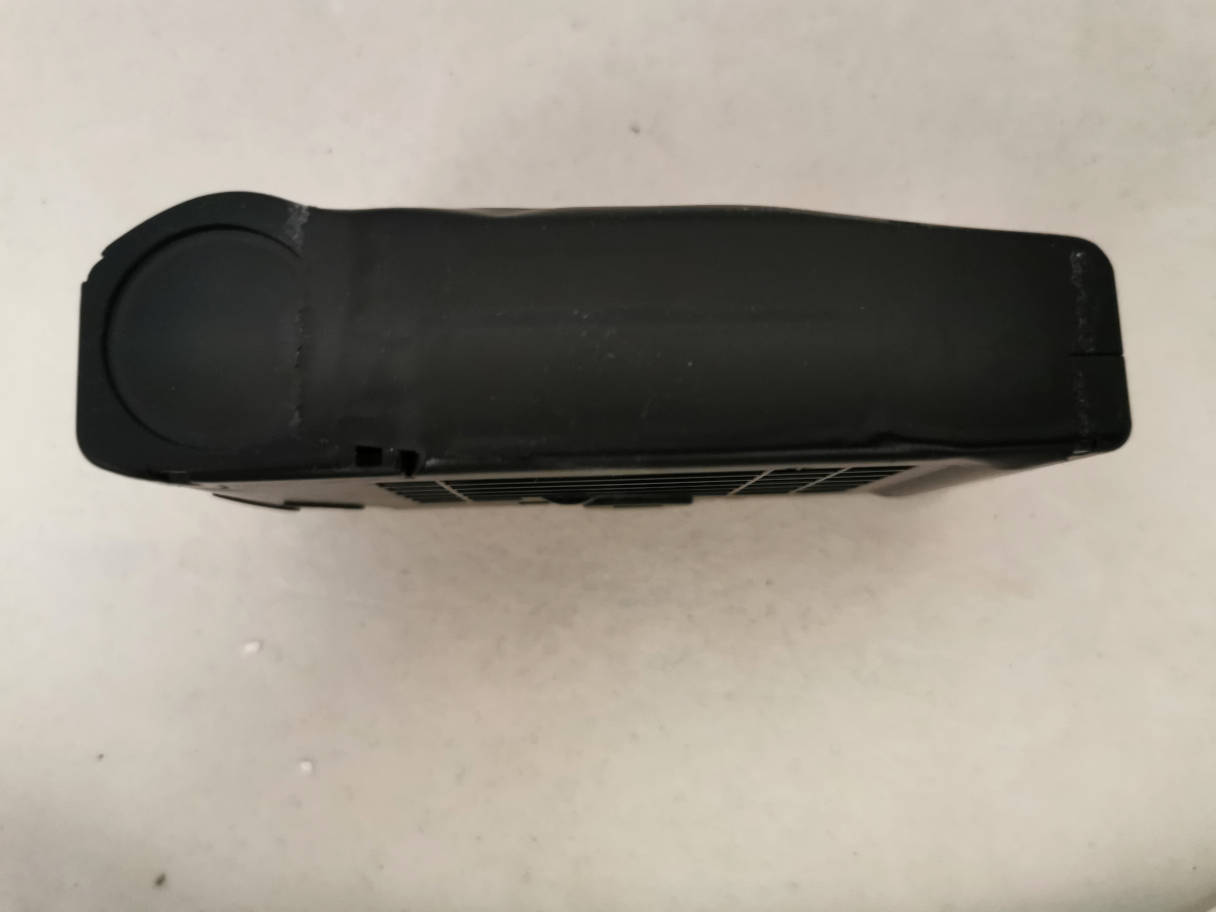 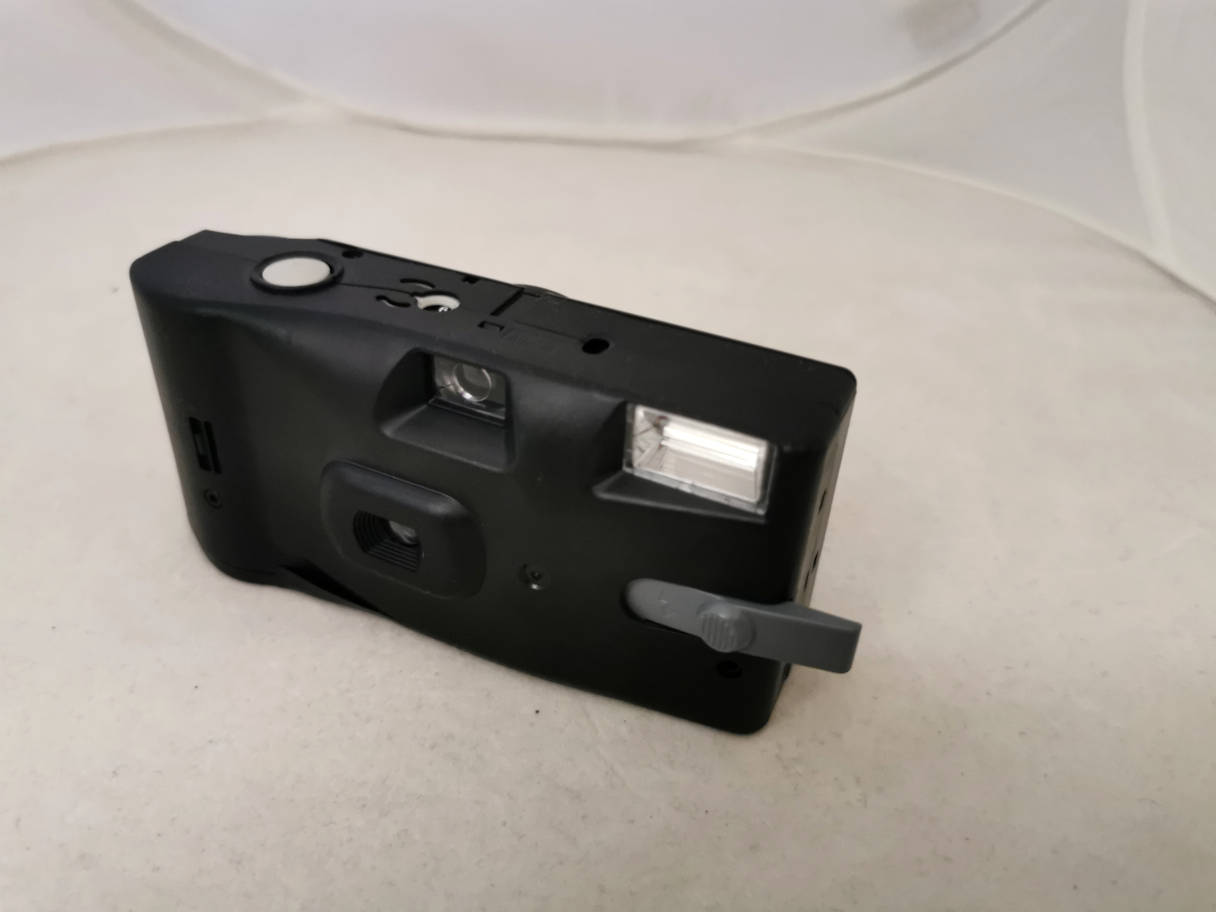 The flash slider sticks out, so you won't forget to put it back. 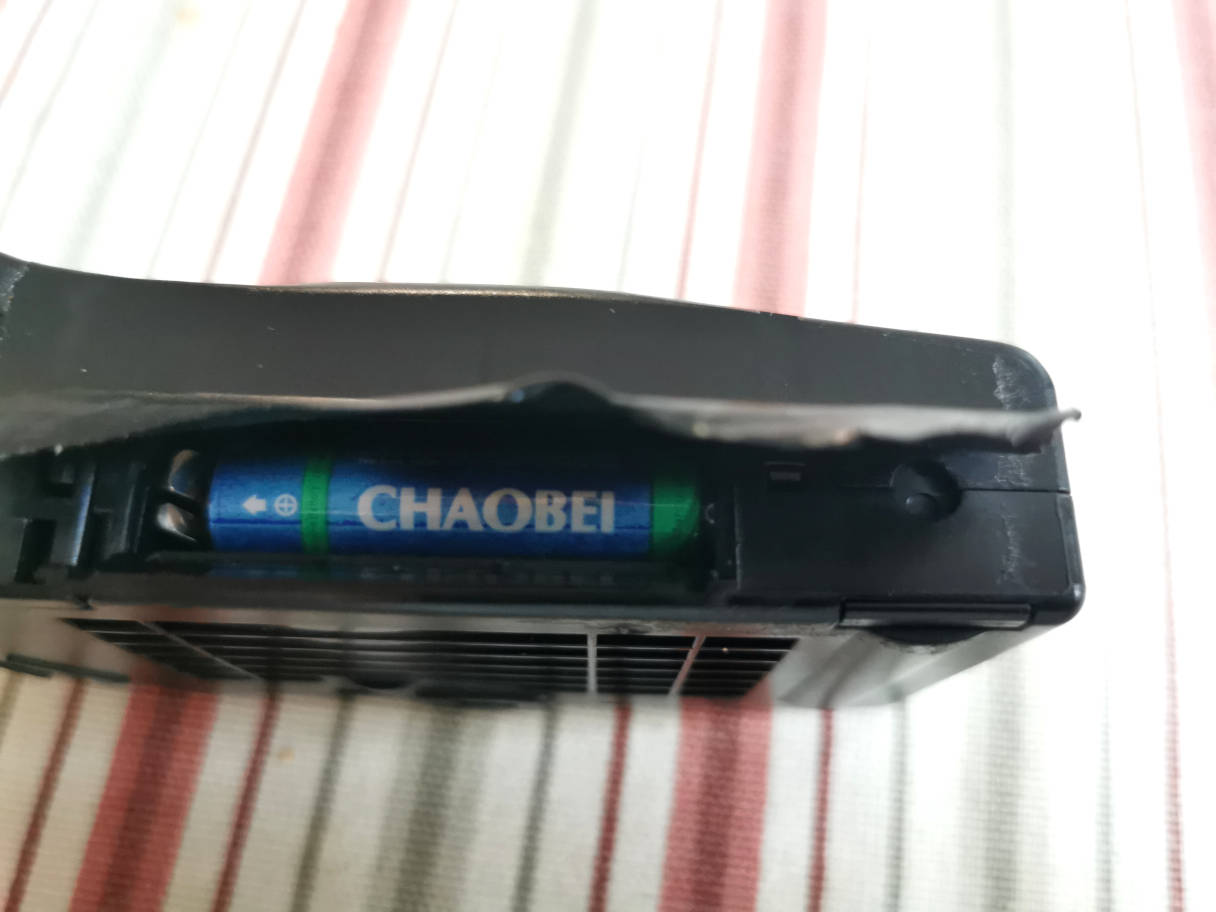 If you peel off the black tape at the bottom, you will find a battery compartment. Takes one AAA battery.

These are the ultimate basics of a disposable camera, focus free, single shutter speed and fixed aperture. Point and shoot only. Modern film is quite flexible and modern labs can adapt when scanning, so there will be acceptable results.

As promised, some hints how to open the camera. If you just want to get the film out, it's easy. You take off the black tape at the bottom and you will find a lid on the film compartment. You can easily crack it open with a Swiss knife, if you proceed cautiously, nothing will be damaged. As explained above, the film is already completely rewound, so no problem. 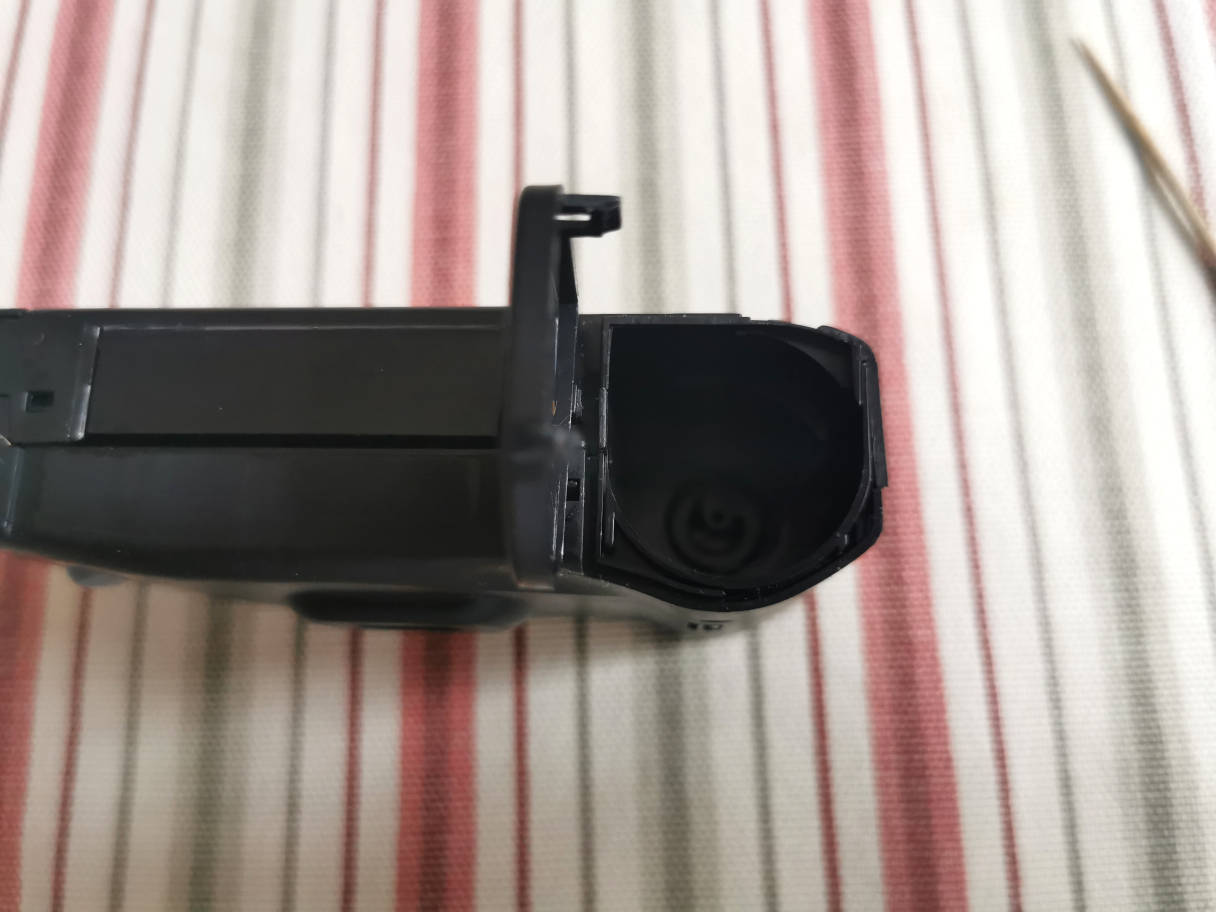 The film compartment open, film taken out. The lid is even hinged.

If you are planning to reload the camera, you have to open it further. Again: if you proceed cautiously, nothing will break, if you insist with force without looking for the little hook that still holds it together, it will break off. 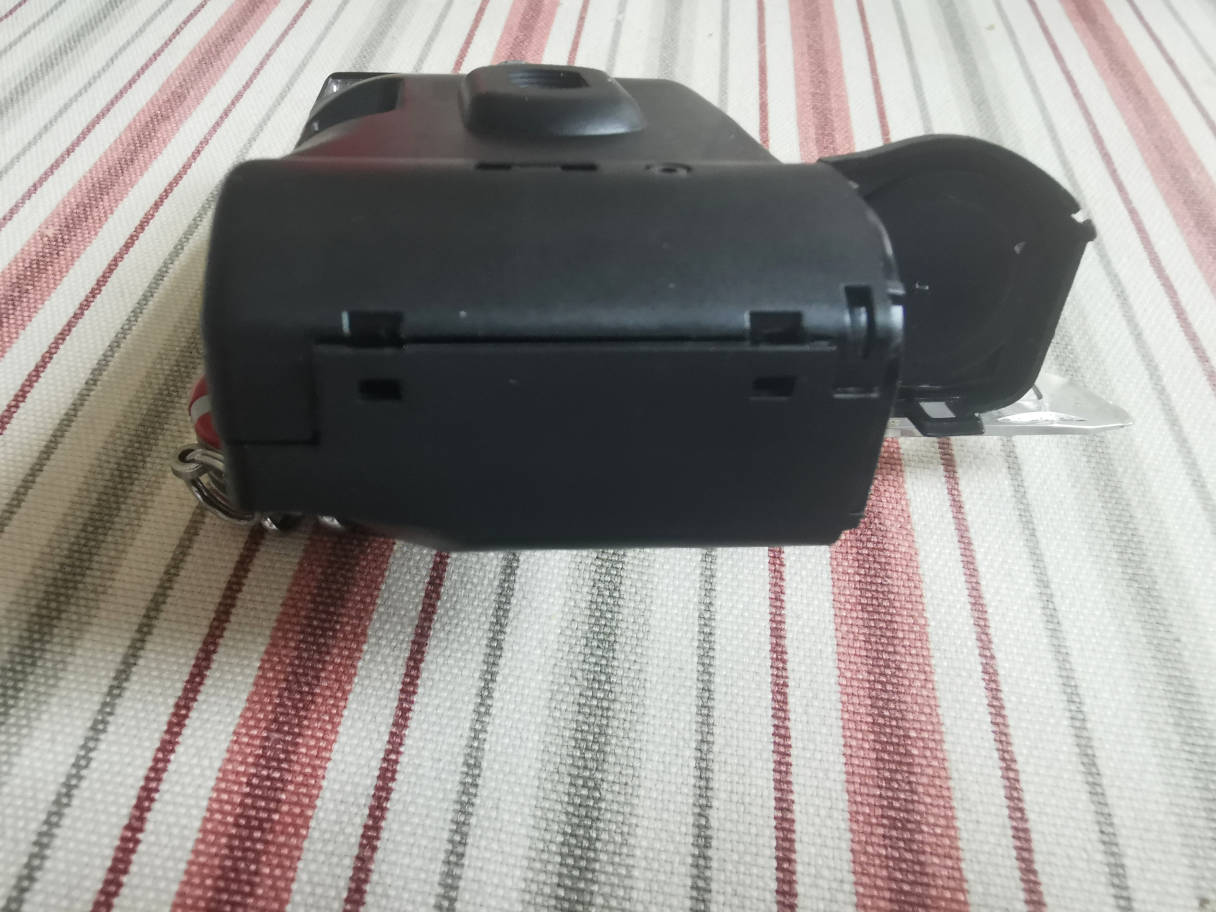 I opened the camera with the small screwdriver of a Swiss knife, any small scewdriver will do. Poke the blade into holes at the edge and wiggle, the little hooks, visible in the little sqare holes below will release itselves. 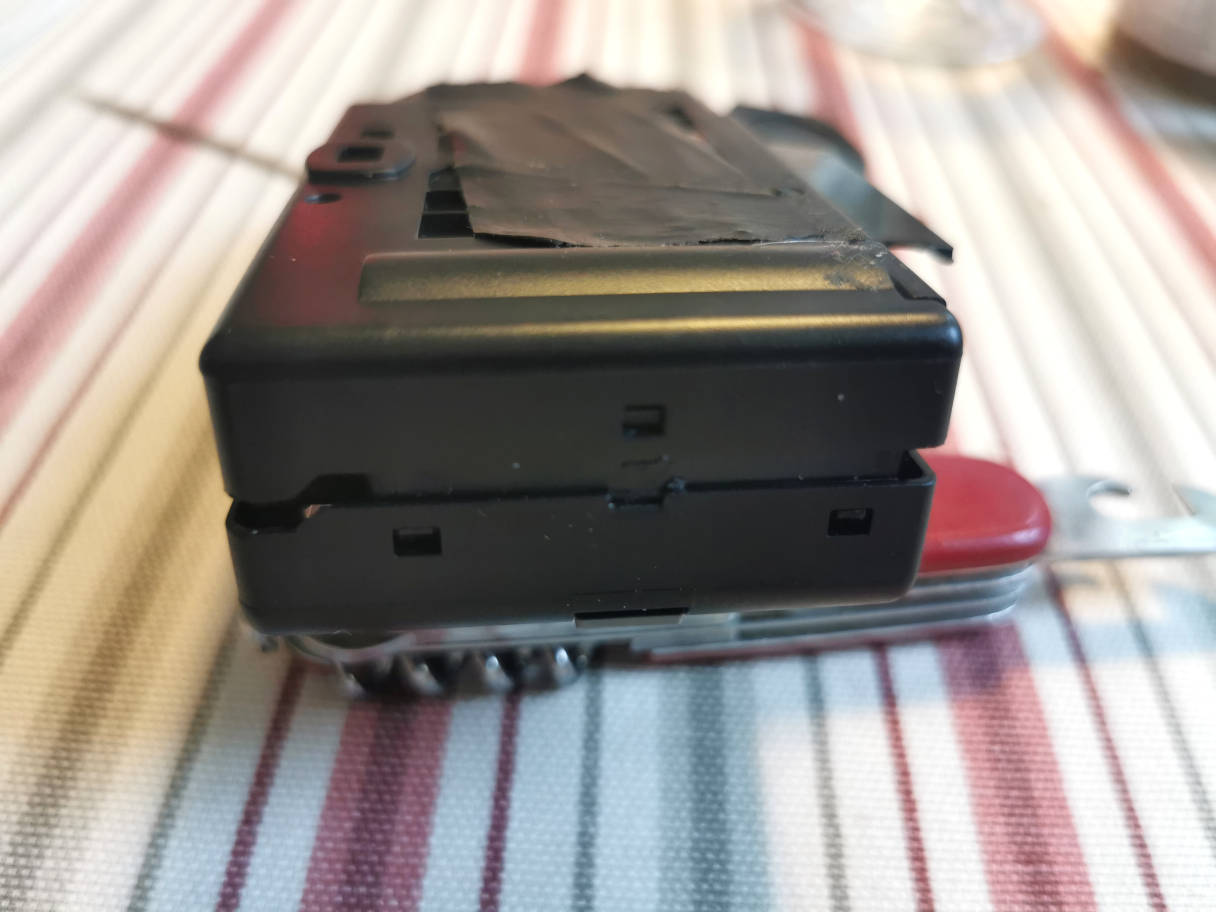 At the other end it's only one hole in the middle. You will feel that the camera comes apart a little bit. Take a bigger blade to widen the gaps cautiously. There are more hooks that will come off, there is one at the film compartment towards the inner side which needs a bit more attention. 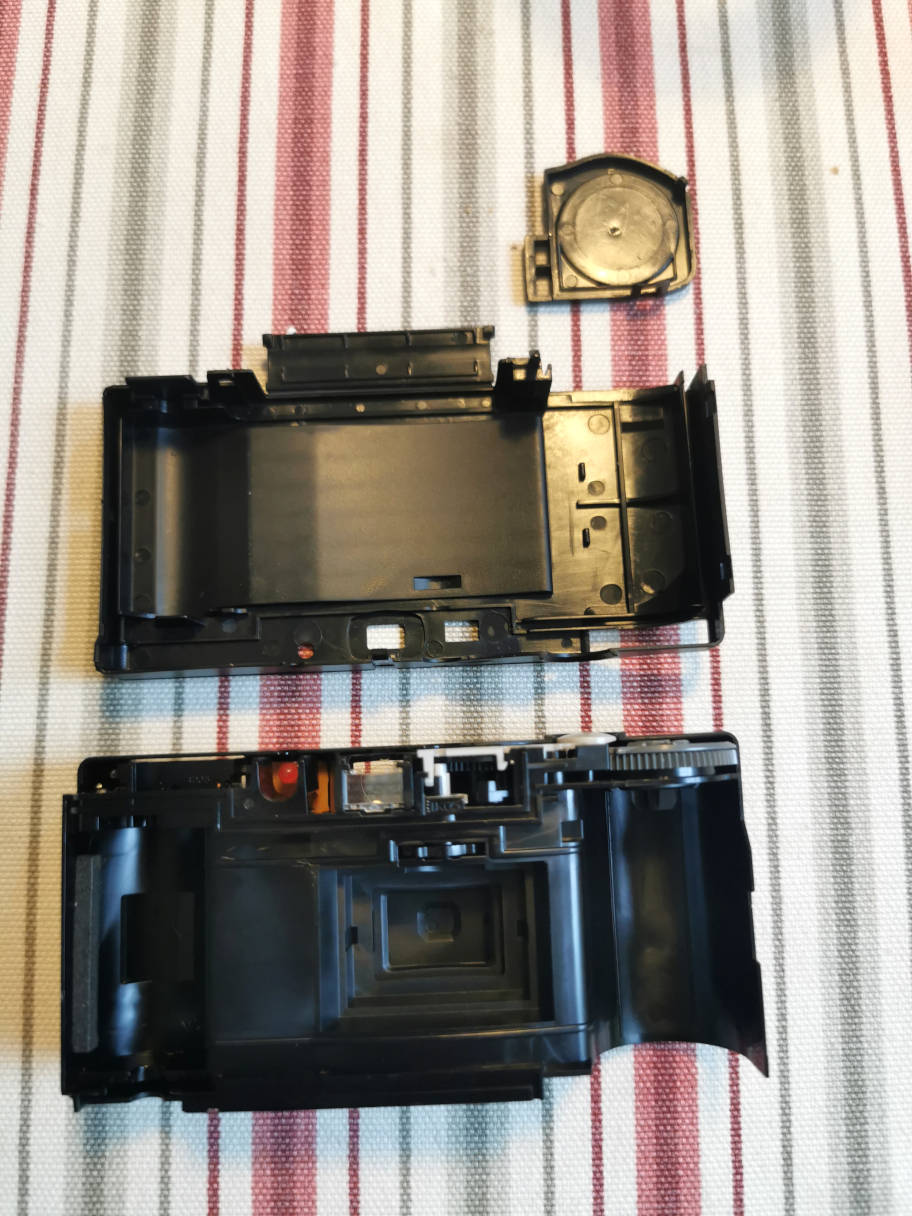 Camera apart. As you can see, there is no core to spool the film to. So the only way to load it is absolute darkness or a sleeve. Prepare the 2 parts so that you can stick them together in the dark and re-hinge the lid of the film compartment. Then, in the darkness inside the sleeve, tear a part of the film out of the cartrige and begin to make a roll as small as possible. Successively roll all of the film out of the cartridge and hold your roll tight. Put the cartridge into place, lay the film over the film plane and stuff your roll into the other side. Release slowly, it will be held by the foam. Check with your fingers that everything is in place and that the dents of the film transport meet the sprockets. Put the other half of the housing and squeeze until everything has snapped into place. Done. 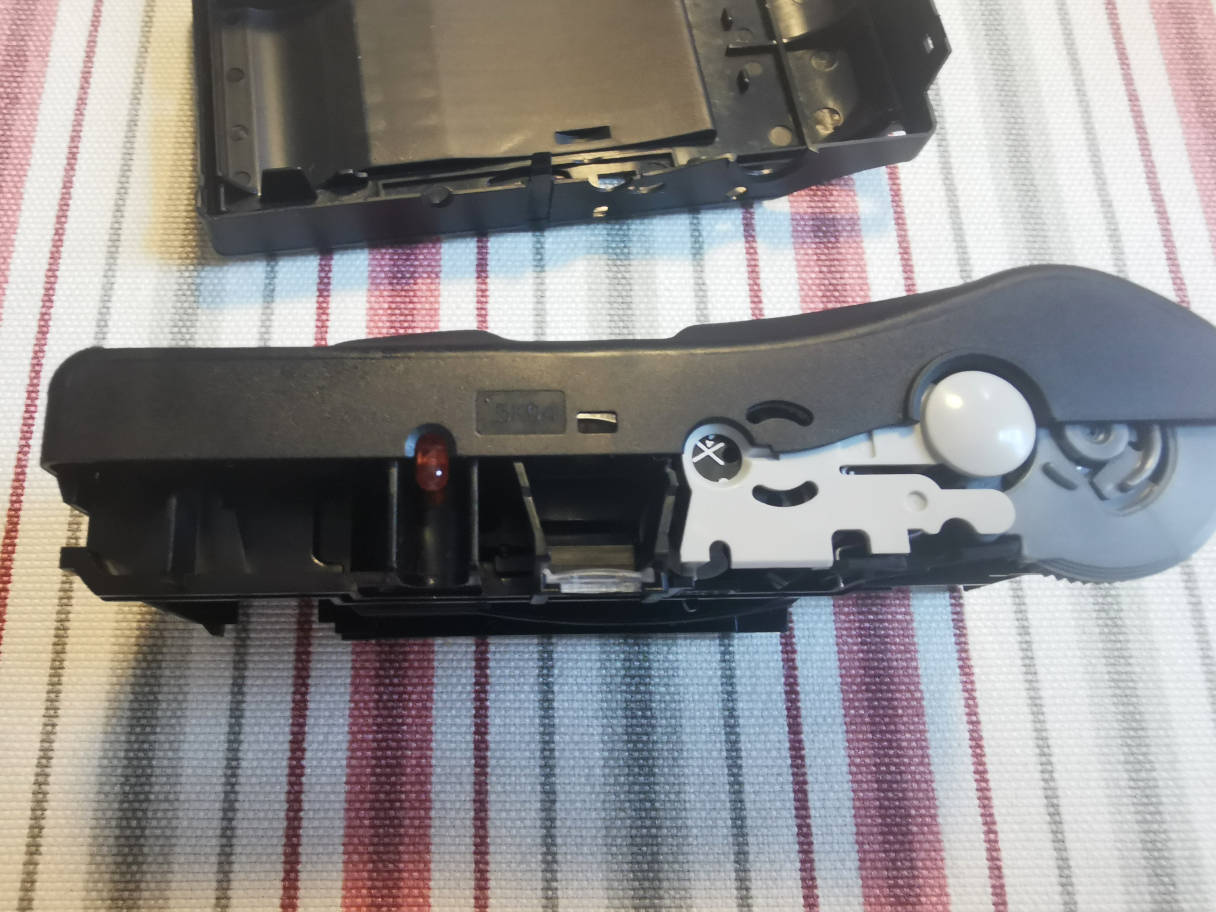 This is what the counter looks like when the film has been taken out. 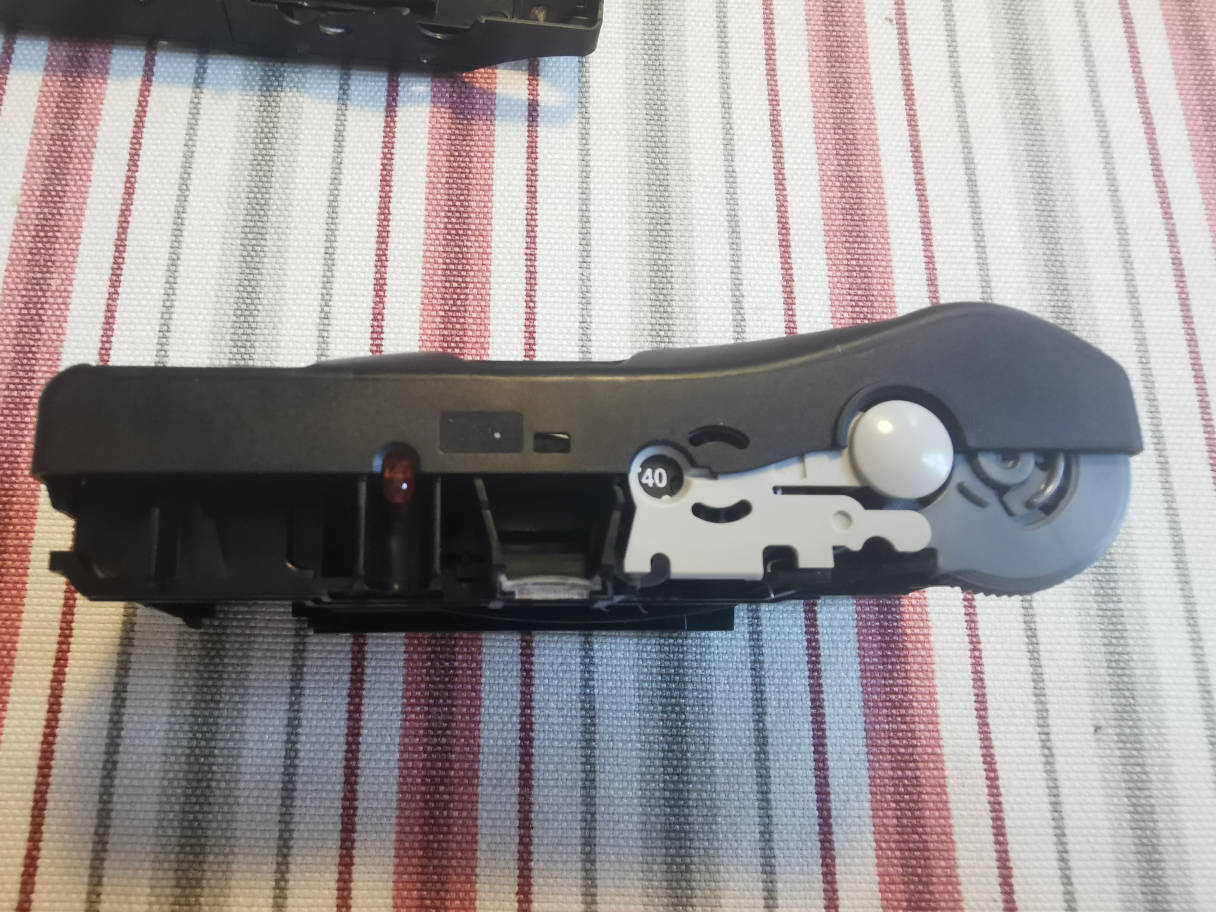 It can be easily reset with a toothpick. There is a disk with holes under the 2 half-moon shaped openings on the top. Poke your toothpick into one of the holes and push the disk. Repeat until the desired number appears. It counts upto 40 (as a part of the film leader can be exposed), but it will be difficult to put a 36 exp.film. 24 will be easier.