This is a so-called Focus Free or Toy Camera, it's waterproof and it has a flash. It's a simple plastic camera. The camera seems to be quite rare. The little camera inside the waterproof housing is like a common focus free camera with flash. The housing is quite solid and heavy.

Its main features can only be given approximately, I gave the camera away to friend leaving for summer vaccation. I quickly took sone photos , but forgot the measures:

Some photos of the camera:

Housed camera front. There is a foldable aiming device on the top of the housing. On the front is a button for the flash. It has to be pressed until a LED under the button blinks. The next photo will be flashed then. Shutter release button and film wind are on the top as well. 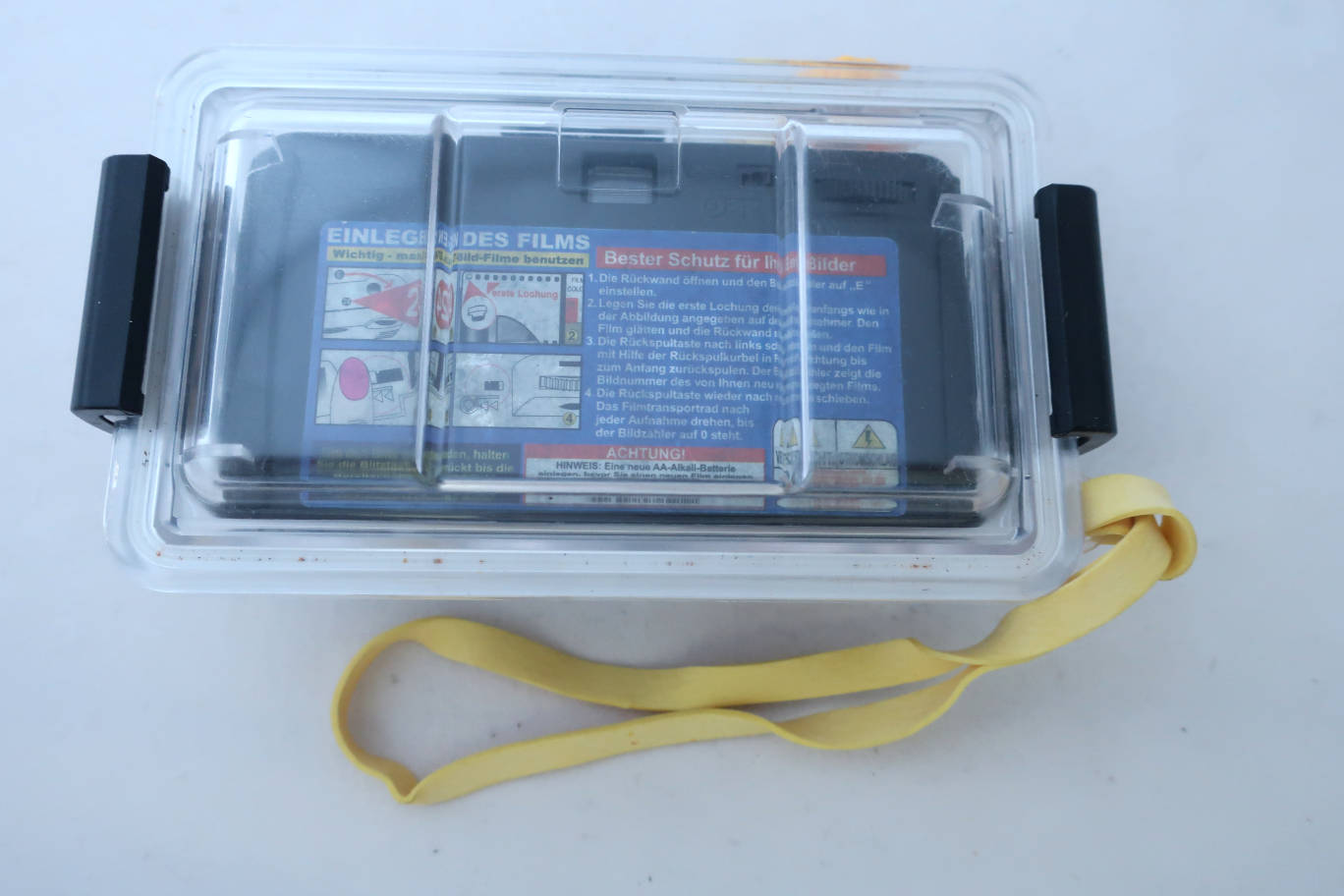 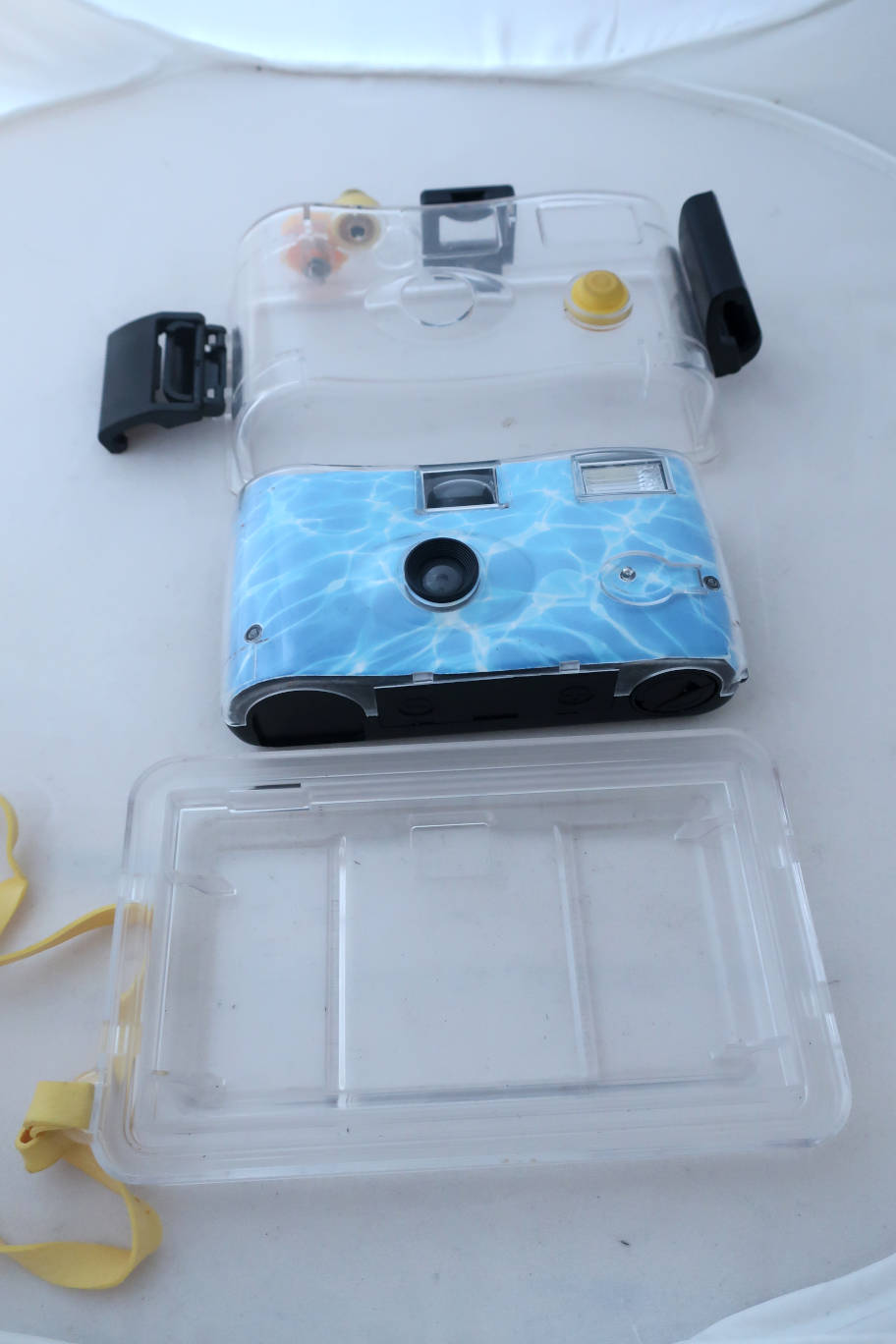 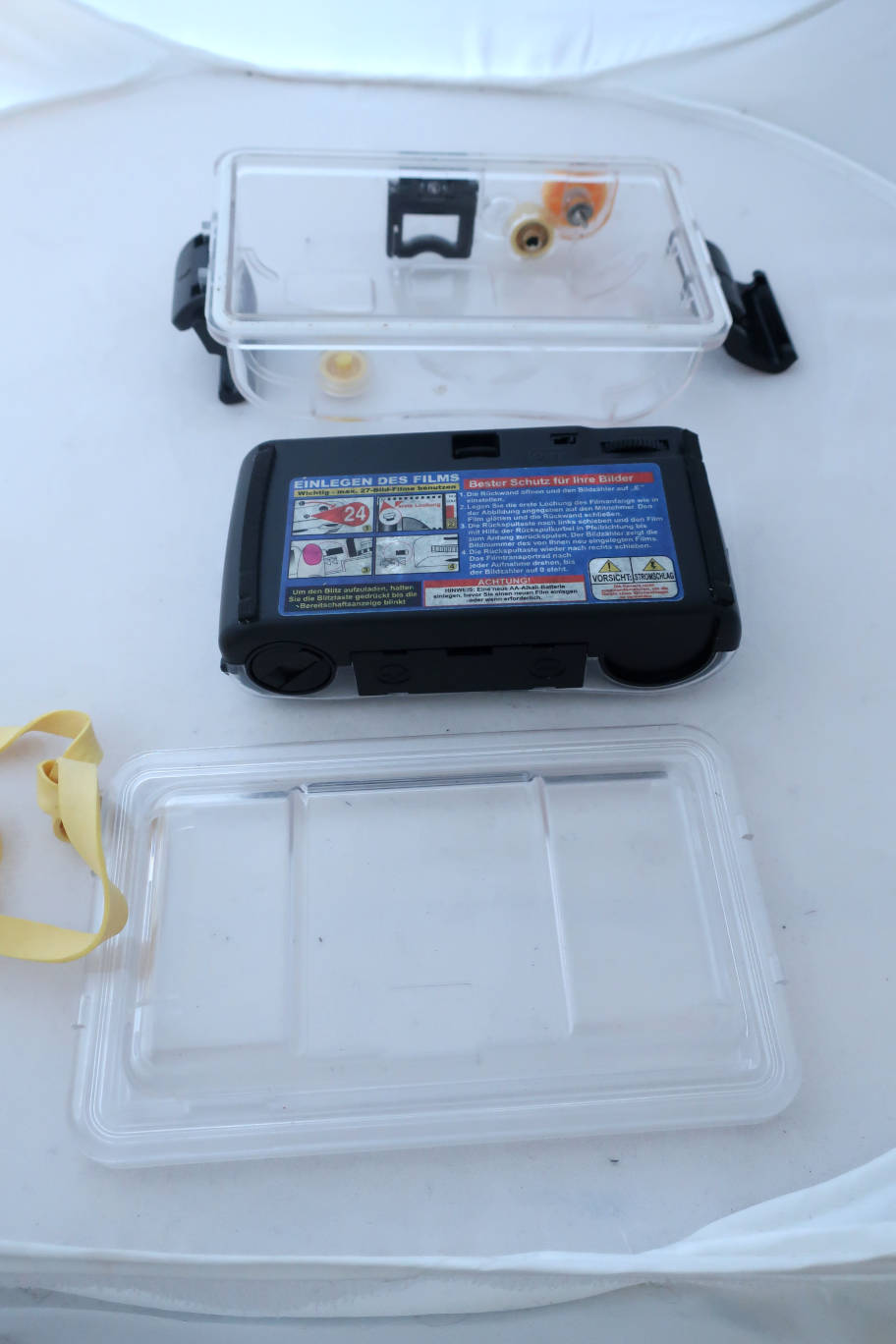 Seen from the back. 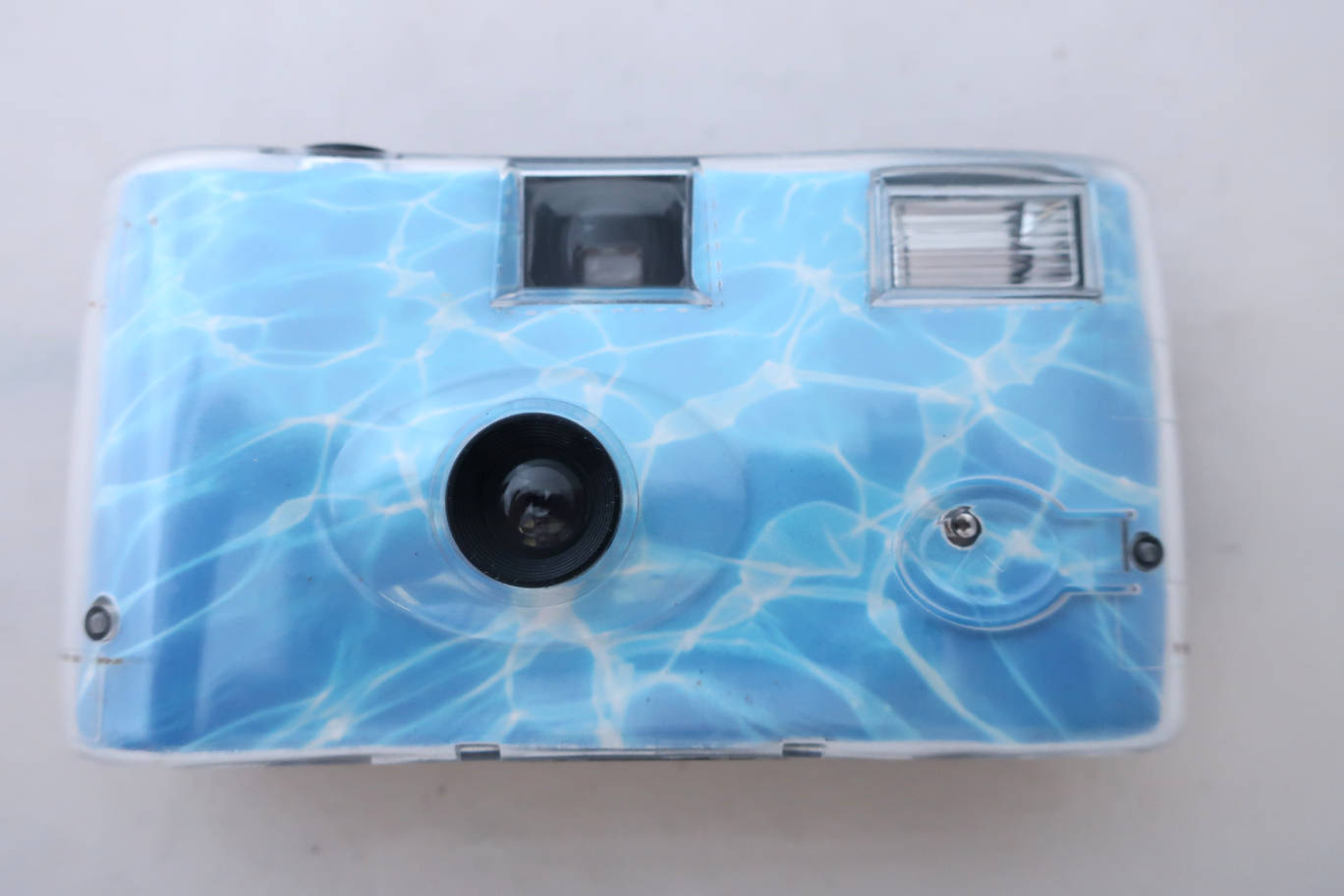 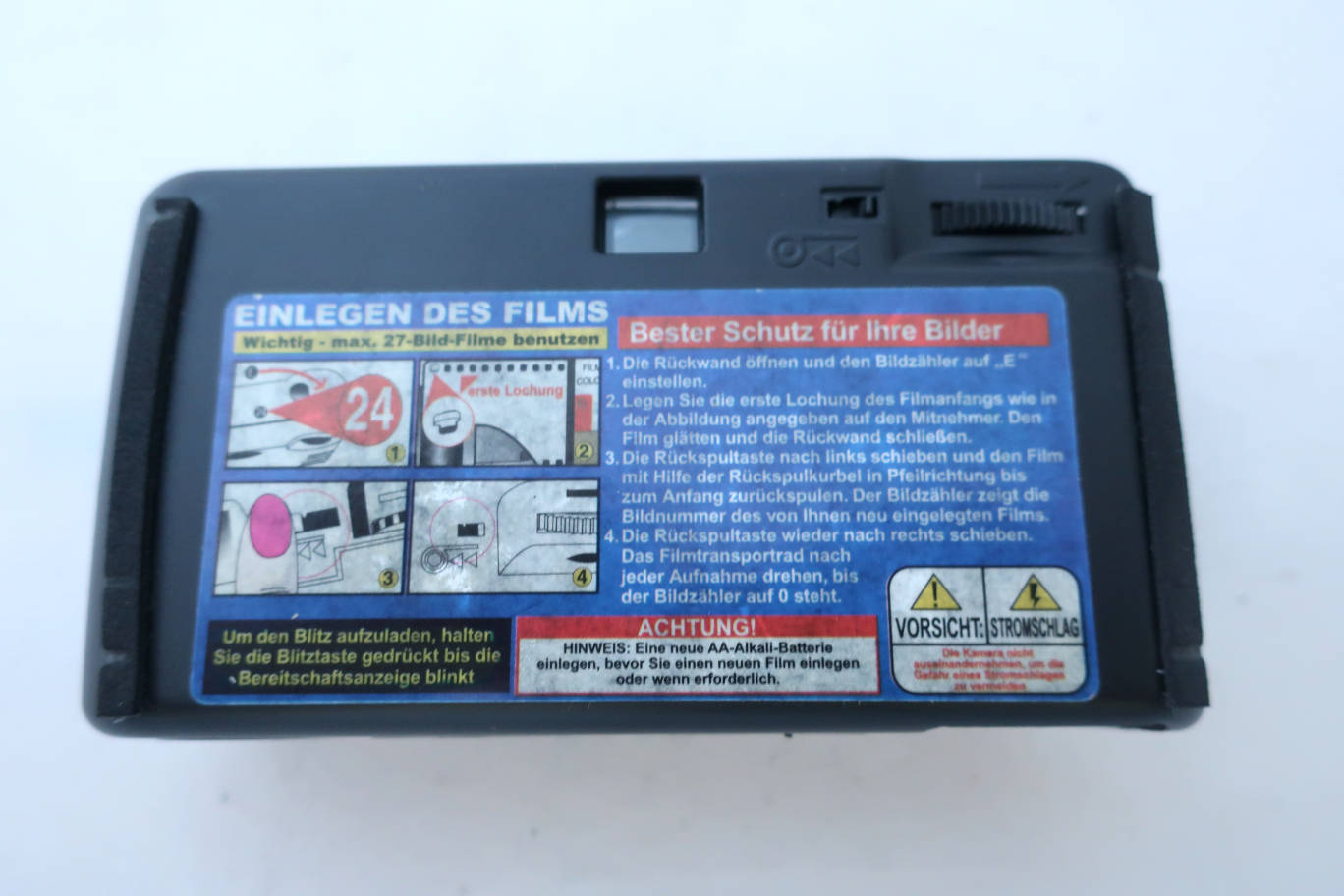 Camera back. Viewer, film advance, "rewind" switch and instructions in German. The camera is operated in an awkward way: Set the counter to "E". Put the film cartridge into the camera an hook the first hole of the film leader into the wind axis. Close the back, shift the "rewind" switch to the left and wind the whole film with the handle until it stops. The counter now shows the number of photos left. They recommend 27 exp. film as a maximum, but for me it worked with 36 exp. Shift the "rewind" switch to the right and it's done, the camera is ready. It winds and stops like any other model. When you have reached the "0" on the counter, it's over. Shoot, wind and shoot once more to have less film leader hanging out of the cartridge. You can now open the camera, your film is safely in the cartridge. 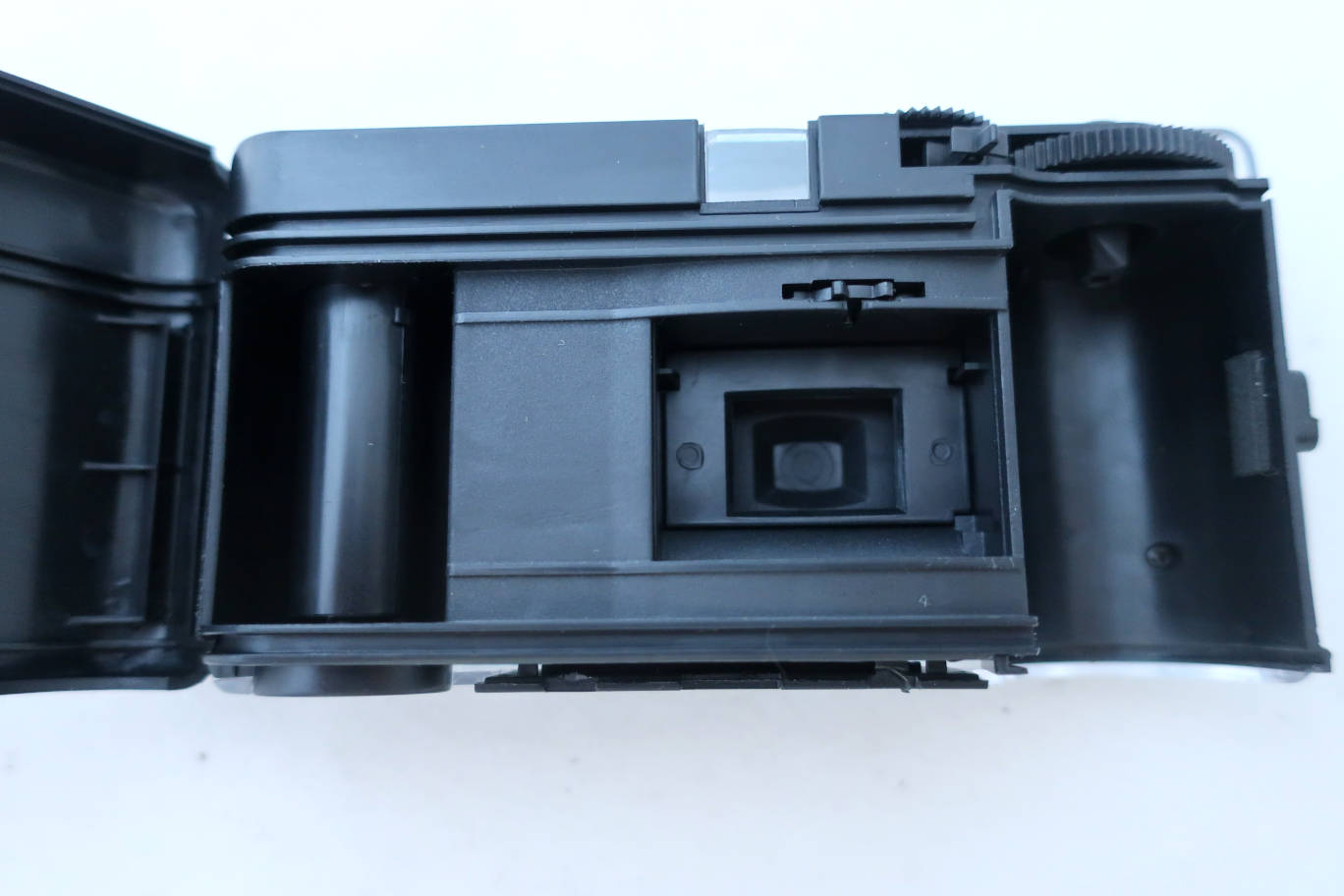 Film compartment. Curved film plane as on most focus free cameras, helps to avoid vignetting from the cheap plastic lens. 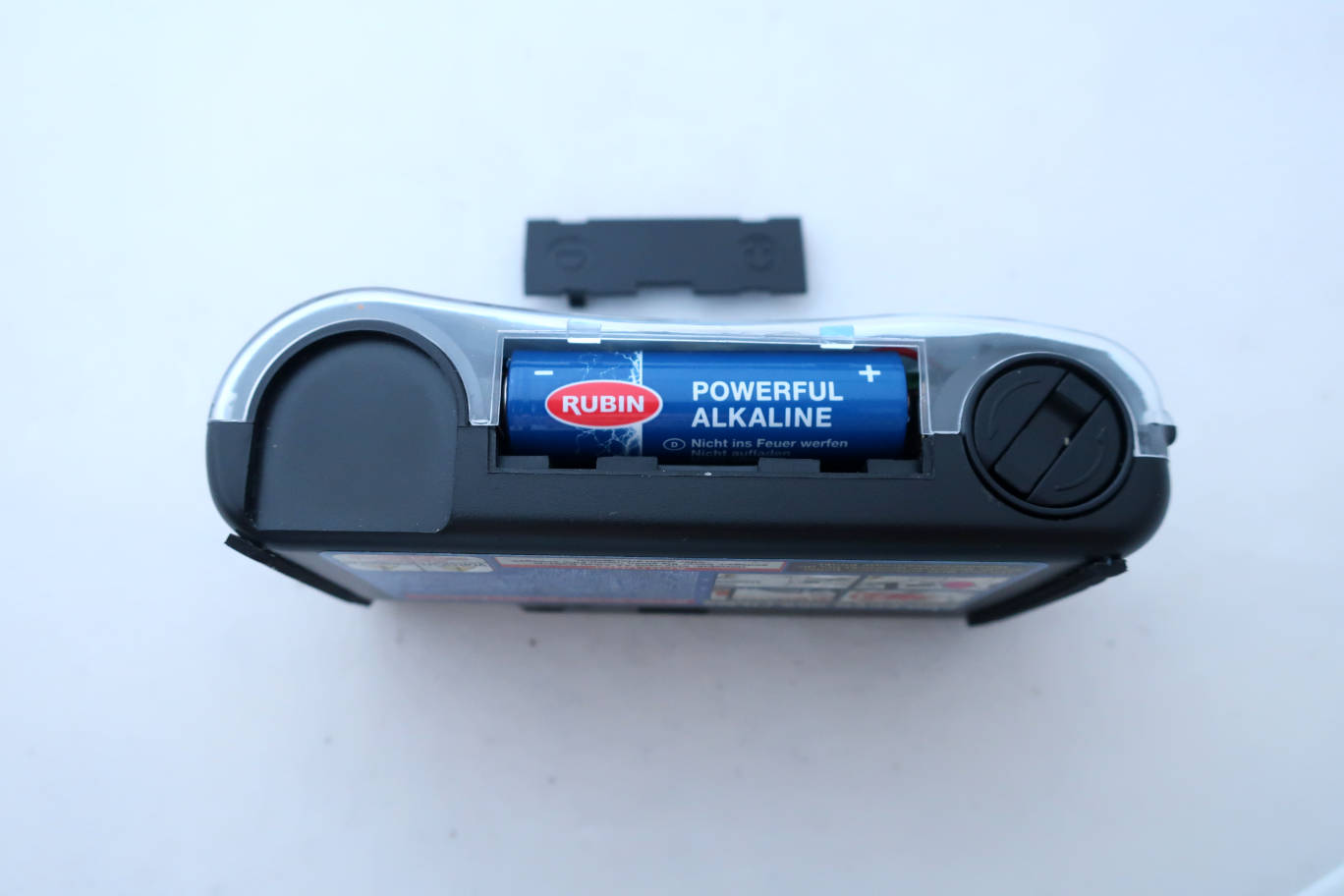 Bottom. Battery compartment, takes one AA battery. They recommend changing it with each film. "Rewind" handle.

These are the ultimate basics of a waterproof camera, focus free, single shutter speed and fixed aperture. Point and shoot only. Choose 200 ISO film on very sunny days and ISO 400 in general. Modern film is quite flexible and modern labs can adapt when scanning, so there will be acceptable results.